The OASIS Symposium is an opportunity for ENT and Allergy practices to learn more about the intricacies of the CIN and how it can help their organization. The event is slated with the best and brightest speakers in the industry with educational courses and numerous networking opportunities. In 2019, over 150 people attended and we expect 2020 to grow. The symposium is an educational opportunity that will help foster the exchange of information and best practices with your colleagues in the region. 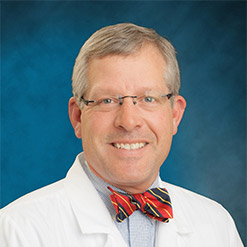 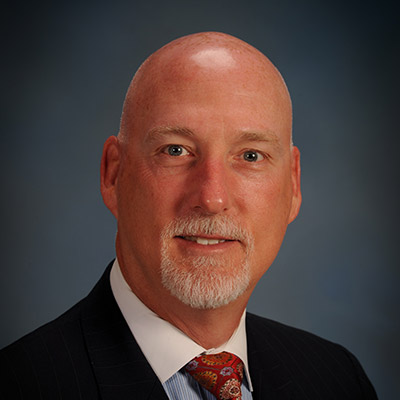 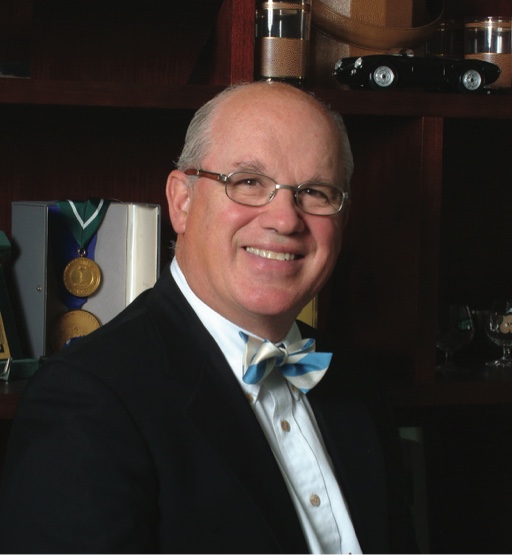 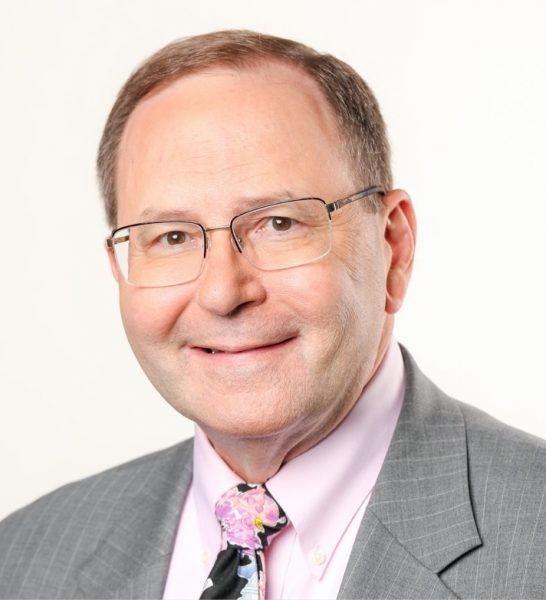 Originally from Wilmington, NC., Dr. Brown received his BS in Pharmacy from the University of North Carolina, Chapel Hill – and is a very proud Tar Heel. He received his medical degree from East Carolina University before completing his internship and ENT residency at the Medical University of South Carolina, ultimately making Charleston his home.

In 2000, Dr. Brown joined Charleston ENT & Allergy and became partner in 2002. Currently, Dr. Brown serves as the President of the practice and along with his partners, is constantly strategizing on how to improve patient care, retain happy employees and be a vital partner to the Charleston community. Over the last 17 years Dr. Brown’s entrepreneurial spirit has helped Charleston ENT & Allergy celebrate its 20th anniversary and rise to become the largest private ENT practice in the state with over 200 employees and 13 locations.

As an advocate for independent otolaryngology groups Dr. Brown is a founding board member of OASIS, a clinically integrated network of private ENT practices. OASIS creates a platform for promoting synergy to create success and sustainability in private practices as well as improving patient outcomes.

He is a proud supporter and advocate of the Dream Center Clinic, a free medical clinic in Charleston where he is also a Board Member. Dr. Brown lives in Mt. Pleasant with his wife and 3 children. He enjoys hunting and fishing with his son Sam, cheering on his daughter Lily’s swim and tennis teams, following the travels and adventures of his oldest daughter Mary Peyton alongside Cynthia, his wife and biggest supporter of 20 years.

As the Emeritus Chairman of the Department of Otolaryngology/Head and Neck Surgery for seventeen years and the Division Chief for eighteen years before that, I have had a significant active interest in educating medical students and residents which has been the singly most satisfying aspect of my professional career. I have trained over one hundred residents and placed many of them in academic medicine throughout the country. The opportunity to train them both in the classroom, the operating room, and the bedside has been truly rewarding for me. Mostly, however, the capacity to enrich their educational opportunities in research has separated the residents that I have been most proud of from their classmates. In having had the T32 Training grant for the past ten years, we were very fortunate to attract a superb group of people who subsequently went into academic medicine and have made significant contributions. We have recruited a first class research faculty and they have been tremendous in terms of training postdocs as well as residents and medical students in the laboratory with us. The medical students, both here at UNC and from other institutions, have taken significant advantage of the opportunities that we have afforded them to develop a research background prior to graduating from medical school and this has helped them significantly in their careers to be critical thinkers and actually develop research programs on their own. Parenthetically, these students do not all pursue a career in Otolaryngology/Head and Neck Surgery as some have entered into Radiology, Internal Medicine, and Pediatrics. To us, this is only an opportunity for development of excellence in the laboratory and not a specialty career path. I continue to be actively involved in medical student as well as resident education and have promoted these activities whenever possible within our institution as well as within in our specialty. Clearly, I feel that a robust basic research training program is integral to the success of our residency and our medical students’ experience.

Dr. David Melon serves as the president and CEO of Carolina ENT Sinus and Allergy Center. Under his leadership as chairman of the Board of Viewmont Surgery Center, a position he had held from 2015-2018, a strategic partnership as co-joint venture partners with both Frye Regional Medical Center and Catawba Valley Medical Center was developed. This partnership extended the commitment to providing cost-effective ambulatory surgery options to the patients in the Unifour region.

Dr. Melon holds an adjunct clinical assistant professor position within the Department of Otolaryngology at the University of North Carolina School of Medicine.

Dr. Melon is a vocal advocate for the local surgical community and the state of North Carolina. He serves as the Young Fellows Representative of the NC Chapter of the American College of Surgeons. He is a recent NCMS Leadership College Scholar where he studied at the Kanof Institute for Physician Leadership with a focus on organizational culture, employee engagement and the patient experience.

Board certified in otolaryngology/head and neck surgery, he received his undergraduate degree in cognitive science from the University of Virginia and attended medical school at Rutgers Robert Wood Johnson Medical School. He completed his ear, nose and throat residency training at the Department of Otolaryngology within the Ohio State Medical Center. He is a member of the Academy of Otolaryngology-Head and Neck Surgery and the American Thyroid Association, and is a Fellow of the American College of Surgeons. He is the president for the Catawba Valley Medical Society.

Originally from the Chicago area, Dr. Swanson received his BA in Biology from the University of North Carolina, Chapel Hill. He then attended East Carolina University where he received his MD. Dr. Swanson did his internship and ENT Residency at Vanderbilt University Medical Center. Dr. Swanson joined the practice of Charleston Ear Nose Throat & Allergy in 2011, and became partner in 2013.

In 2013, Dr. Swanson achieved Fellow status with the American Academy of Otolaryngic Allergy and currently serves and the Medical Director of Allergy at Charleston ENT and Allergy.

He often volunteers at Charleston area free medical clinics. Dr. Swanson is married with four children. He enjoys Lowcountry inshore fishing, watching his kids play sports and trying to learn how to play the guitar.

Dr. James Denneny
CEO of the American Academy of Otolaryngology

James C. Denneny III, MD, is the Executive Vice President/CEO of the American Academy of Otolaryngology—Head and Neck Surgery and its Foundation (AAO-HNS/F), one of the oldest medical associations in the United States. The Academy represents about 12,000 otolaryngologist—head and neck surgeons who treat the ear, nose, throat, and related structures of the head and neck.

He is a past president of the AAO-HNS/F, with 11 years of service on the Boards of Directors and 22 years on the Board of Governors, including a term as chairman. Dr. Denneny has held leadership positions in many partnerships, coalitions, and workgroups such as the Academy’s Physician Payment Policy Workgroup and the Ad Hoc Payment Model Workgroup. He was also the Academy’s Coordinator for Socioeconomic Affairs.

His career has spanned both private and academic practice. Before serving the Knoxville, TN, community for 24 years as a private practitioner, he held academic appointments in Houston and Indianapolis. In 2011, he left private practice to join the Department of Otolaryngology—Head and Neck Surgery at the University of Missouri, where he remains Adjunct Professor of Clinical Otolaryngology. He has a part-time practice at Johns Hopkins School of Medicine as an Adjunct Professor. He assumed his current role as Executive Vice President/CEO in December 2014.

He has two adult children, Jimmy and Jackie.

Participants will receive an OASIS Allergy Coach Certificate of Training upon successful completion of the course, post-course test and skills test checklist.

Space is limited to the first 20 applicants. If you are interested in this track please contact David Brauhn at dbrauhn@fuelmedical.com.

Friday, February 28 2020
9:00am
Introduction to Allergy
9:30am
Role of an Allergy Coach
9:45am
Environmental Allergens
10:00am
Types of Allergy Testing
10:20am
Reading Wheal and Flare Size
10:40am
Break
10:50am
Skills Check Wheal And Flare/Allergy Testing
11:20am
Risks, Contraindications and Pre-Workup for Allergy Testing
11:30am
Lunch
1:00pm
Introduction to Compounding
1:20pm
Dilution Boards and Serial Dilutions
1:50pm
Formula Creation (Antigen volumes and concentration, importance of verification and antigen compatibility)
2:10pm
Mixing Patient Vials and Dilution Board
2:30pm
10-Fold Mixing
2:50pm
Break
3:00pm
Skills Check Mixing
3:30pm
Q&A
Saturday, February 29 2020
8:30am
Allergy Immunotherapy (Types of imtx, safety and contraindications, equipment needed to administer imtx)
8:50am
SCIT
9:10am
Local and Systemic Reactions
9:20am
Food Allergy (IgE and Prick)
9:30am
Break
9:40am
Anaphylaxis and Acute Allergic Reactions
10:05am
Office Preparedness for the Anaphylactic Patient
10:30am
Exam
11:00am
Q&A
11:30am
Conclusion

Fuel Medical Group is holding a special training completely focused on elevating the practice of audiology. What changes will you make in order to thrive over the next five years? Are you still trying to move people into treatment for their hearing loss without understanding the psychology of the consumer? This workshop will take a deep dive into changes impacting the industry and the tools available to support your practice through these challenges.

Space for this event is limited. For more information and to register, please visit events.fuelmedical.com.

To reserve your room, please call 800-654-2924 and reference the OASIS Conference (or booking number 16870) when making your reservation.

*Larger villas are available upon request 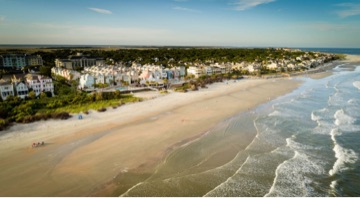 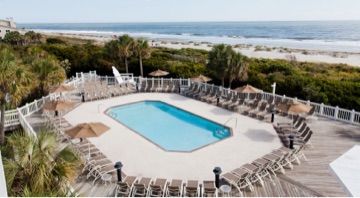 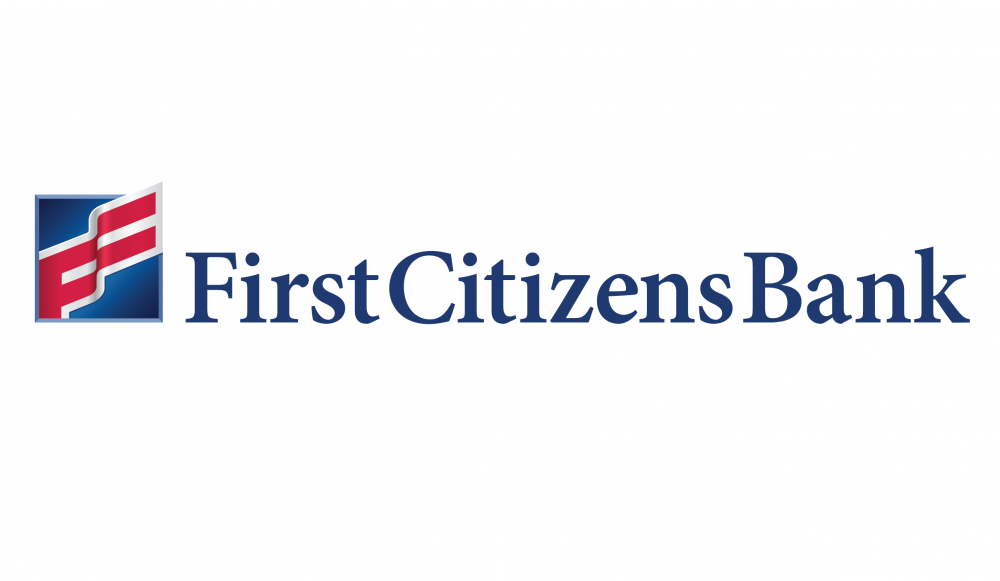 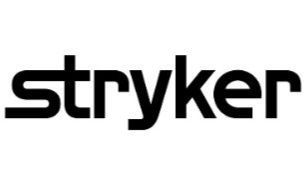 To register for the Audiology Training Program, please email mhaberle@fuelmedical.com.